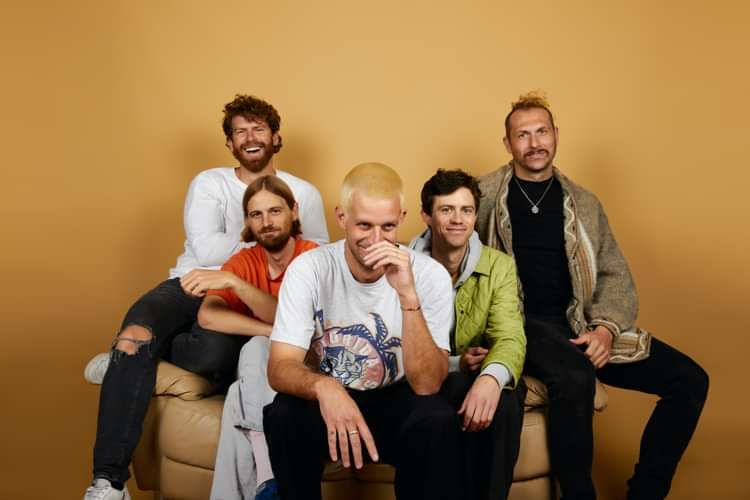 After a career-defining 2021, which included the release of their fourth album 0202, an AMP & ARIA Award nomination, accreditations The Rubens have treated fans to their fresh new single, ‘Waste A Day’, an earworm bursting with singalong hooks and a strong message of hope right in time for summer. ‘Waste A Day’ is the first song by The Rubens that band mates & brothers Sam, Elliott and Zaac Margin have co-written together.

Having come to life right at the end of recording their #1 ARIA-charting album 0202 and just missing the deadline to make the record, now more than ever felt like the right to release it into the world. ‘Waste A Day’ comes off the back of a big 2021, with 0202 released in Feb and following their hugely success 0202 Album Tour, which sold over 23,000 tickets. The Rubens plan to spend majority of 2022 on tour, celebrating the release of new music & the 10-year-anniversary of their self-titled debut album in person with their fiercely loyal and ever-growing fanbase.

The Rubens head out on their ‘Waste A Day’ 25+ date headline tour across the country from Feb – April, before rounding out 2022 alongside Vance Joy as part of his The Long Way Home national tour across Sept – Nov.    ‘Waste A Day’, with its slick, breezy melody and the band’s signature lyrical-swirls, is a fresh and inspiring offering from The Rubens, yet also sits comfortably alongside recent fan-favourites from 0202, ‘Live In Life’ and ‘Masterpiece’. The band said of the track, “Everyday has the potential to be a good day. Squeeze what you can from it.”